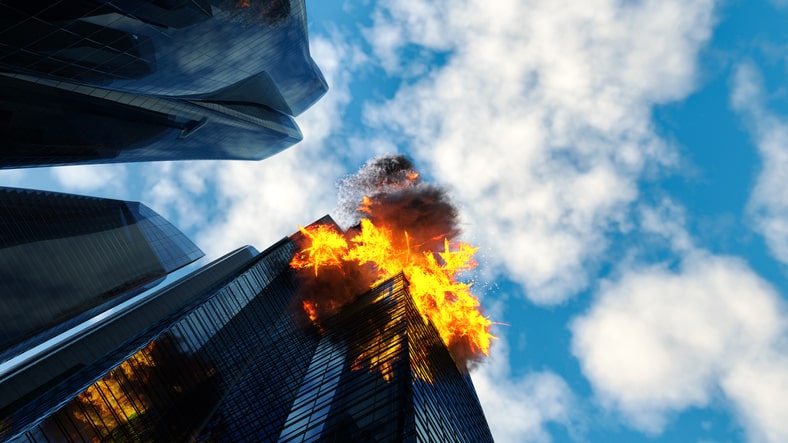 Does it seem like every time you turn on the news, there’s another report about a fire tearing through a New York City apartment complex or commercial space? Each year, fire affects thousands of buildings across the Big Apple:

March 2, 2020 — Flames erupted from an apartment complex on the Upper West Side of Manhattan at 6:30 a.m. The fire department responded quickly to the blaze, which started in an armchair. Two residents endured minor injuries and refused treatment from firefighters and paramedics.

December 5, 2020 — Fire ripped through the 128-year-old Middle Collegiate Church early Saturday morning, annihilating a piece of New York history. Officials report that the fire broke out in an adjacent building and spread quickly to the church. Videos show flames erupting from the large building’s roof and windows. According to FDNY, four people were injured. The six-alarm blaze ultimately burned through a third building as well. The police department said the cause remains unknown.

January 14, 2021 — An East Williamsburg apartment fire gutted an entire building from top to bottom. Video shows that the blaze spread to four nearby structures as well before firefighters were able to put it out. Witnesses on the street said the smoke became so dense that it completely obscured the hi-rise, as the inferno grew from a three-alarm scorcher to a five-alarm disaster.

Stories like these flood the New York City news market. From code violations to negligent landlords, there are countless reasons why fires occur. As such, it’s important to know your rights. If you or a loved one were injured in a New York City fire, you may be entitled to compensation.

According to research published on the National Fire Protection Association website, first responders are called to help with more than 1 million fires each year. That’s an average of more than 2,700 fires each day.

Of these fires, 77% of them occur in residential spaces. From 2014 to 2018, the NFPA reports that residential fires accounted for over 11,000 civilian injuries, loss of almost 3,000 civilian lives and more than $7.5 billion in property loss.

Causes You Can Avoid

Fortunately, many of the most common causes of structural fires are avoidable. They include:

Although many of these causes can be bypassed, you may still be entitled to financial compensation and support for your losses.

While an unattended pot on the stove or an errant cigarette are causes that you can control, there are other catalysts for fire and related losses that you likely can’t avoid. In some instances, your landlord or building manager is to blame for code violations and other failures to deliver a safe space. These typically include the following:

Recovering Your Peace of Mind

Fires make impressions that can last a lifetime. If you or a family member were injured in a fire, or if you’ve suffered the loss of a loved one, your home, your business or treasured property, the law office of Ronemus & Vilensky can help you get the compensation you deserve. Your losses may be irreplaceable, but your peace of mind and security don’t have to go up in smoke. Call today for a free consultation.